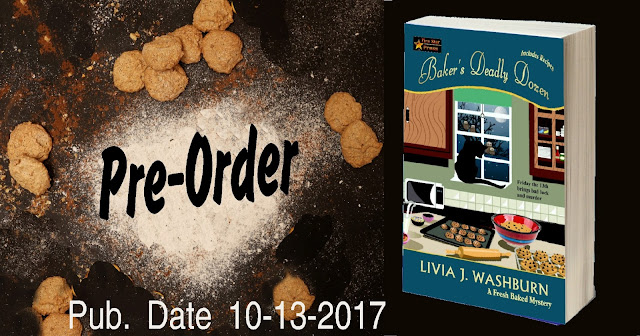 Going back to school can be a killer!

Phyllis Newsom and Sam Fletcher come out of retirement to take substitute teacher jobs as a favor for some friends, but they soon realize that the more things change, the more they stay the same. That means getting up early, dealing with students and other teachers, and helping out with extracurricular activities. The problem is, for Phyllis, stumbling over dead bodies is an extracurricular activity!

When murder strikes at the school’s Friday the Thirteenth dance, it’s unlucky not only for the victim but also for the student who’s the prime suspect. Sam’s granddaughter has a crush on the boy and can’t believe he’s a killer. Neither can Phyllis. The police are convinced, though, so the only way Phyllis can help him is to uncover the true identity of the killer stalking the halls of the high school before it’s too late!

Ebook now available for pre-order at Amazon.  It will be available at Barnes and Noble, iBooks, and Kobo and in trade by release day, Friday October 13th, 20017.